What Size Dehumidifier is Right For You?

How Is A Dehumidifier Tested

How is a Dehumidifier Tested?

Since dehumidifiers are small home appliances. ENERGY STAR and other organizations need to test to determine their capacity rating and energy efficiency. The organization sets standards for dehumidifiers to give manufacturers a goal for efficiency and power use.

In general, organizations concerned with the quality and efficiency of a dehumidifier look at how much water the appliances can remove and how much moisture per day they can remove.

This dehumidifier capacity testing includes measuring moisture and water removal. Organizations evaluate how many kilowatts per hour the machines use to remove predetermined amounts of water.

In June 2019, the Department of Energy and ENERGY STAR evaluated its standards for energy and dehumidifiers. They use a new standard called Integrated Energy Factor (IEF).

Before IEF, the Department of Energy relied on Energy Factor (EF) to show energy efficiency standards. Unfortunately, this early measurement standard did not assess how dehumidifiers used energy after cycling off.

While old dehumidifiers will continue to wear their old EF Energy Star score, those products after June 2019 will have their IEF scores. The new IEF score shows how much energy a dehumidifier will use throughout a year. The new IEF tests also include a new temperature standard.

Since most homeowners use dehumidifiers in their basements, the Department of Energy and Energy Star lowered the standard testing temperature from 80°F to 65°F. This more realistic basement setting temperature will give testing organizations a more accurate measure of how dehumidifiers perform.

Along with changing the way dehumidifiers are tested, they are also put into two categories: portable and whole-home. Since they function in different situations, they should be tested and organized separately.

Consider the whole-home dehumidifier that uses air ducts and relies on a home’s or business’s home HVAC system. These dehumidifiers often run throughout the year to minimize moisture per day throughout the home. Then, look at how a portable dehumidifier usually runs. They tend to be used occasionally when basements are exceptionally moist.

An HVAC professional usually installs a whole-home dehumidifier, attaching it to pre-existing heating and cooling appliances. On the flip side, homeowners often buy portable dehumidifiers to use if they get water in their basements or notice excessive moisture in the air. Mobile units do not need to have the same performance standards as whole-home units.

If you want a whole-home dehumidifier that can remove a significant amount of pints of moisture, you can look for products that remove approximately 170 pints of water each day.

The most capable portable dehumidifiers can remove up to 55 pints of water per day. The range of sizes and types of dehumidifiers requires Energy Star to evaluate them based on an hour of energy consumed.

These newer capacity points happened because the Department of Energy decided to test dehumidifiers in realistic temperatures, with less moisture in the air and cooler temperatures than in rooms above grade. The pints-per-day capacities have decreased because the conditions have changed.

After comparing the old measurement standards with the new ones, it might appear that dehumidifiers lost efficiency. This is not the case. They simply have new testing standards that create more realistic conditions, although the pints of moisture removed look lower.

If you use your dehumidifier on the main floor, you could see more water and moisture per day removed from the air than the rating shows.

Dehumidifiers use several modes, including an active model and others. During active mode, dehumidifiers use a cold coil and a fan to draw in moist air to remove the moisture – much like an air conditioning system. When the Department of Energy tested dehumidifiers, they found that units had different modes that affected the active energy setting.

These additional modes involve the ambient humidity levels, and as it changed, so did the dehumidifier’s setting. Some machines might sit in a quiet mode or another functional setting until it turns on the active fan to remove moisture through the air filter.

The Department of Energy saw that many portable and whole-home products used variable modes in rooms set at various temperatures. The units did not consistently remove moisture while in quiet mode, especially if the ambient humidity levels were lower than the preset point.

When the preset temperature was low, and the ambient humidity was high, some dehumidifiers used the fan but did not engage the cold evaporator coils. Dehumidifier manufacturers may have disabled this function to prevent moisture from building up on the evaporator. This function affects the way the unit removes moisture, so testers should evaluate the machines differently.

Since dehumidifiers have different modes, the US Department of Energy decided to test them with various methods. They use the dehumidification mode to explain how the dehumidifier actively removes moisture when the unit is fully functioning. It also includes the way the refrigeration system helps remove moisture too.

The US Department of Energy humidifier testing also looks at how the fan works without using the refrigeration system because this requires less energy use. The fan works to remove humidity, but only at low temperatures and high dew points. In some units, the consumer can choose the fan and refrigeration settings.

The fan and refrigeration systems can turn on and off as needed, especially in the latest high-tech units. These various modes prevent damage to the evaporator. To make testing clear, the Department of Energy uses a fan-only mode and an active mode to show the difference between the unit only using a fan or a unit using a fan and the refrigeration system.

Benefits for the Consumer

Efficiency tests from ENERGY STAR dehumidifier testing and sustainability tests from the AHAM, consumers get consistent and reliable information. More knowledge helps consumers make better decisions for their lifestyles and their concerns about eco-friendly living.

What is the Association of Home Appliance Manufacturers?

This organization is a not-for-profit group that represents companies that make home appliances. The group has its central office in Washington, DC. The American National Standards Institute accredited the organization. They also set the standards to regulate and test portable and in-home appliances with more efficiency.

When testing dehumidifiers, organizations use tightly controlled standard test settings. They also use a steady-state operation system to standardize the testing environment as a method of testing where the units work for a continuous period. The testing groups watch the power consumption and the temperature, and excess moisture in the room.

To test more than one typical dehumidifier simultaneously in the same ample space, testing organizations under Energy Star directives divide the room. Hence, the units function with similar temperatures and moisture settings. Testers then can see exactly what each unit does without worrying about how the units affect each other.

Often, testers connect supply and return ducts directly to units, even portable ones. Then, the testers operate the units with various conditions and record a testing matrix to see their efficiency. They use multiple fan settings to see where units are most effective, removing moisture and using power.

To make the testing consistent between each unit, testers rely on laminar flow elements. They use static pressure to determine the flow rate over the return ducts or grilles. Testers also measure the dehumidifier’s outlet pressure to prevent any leaking affecting the air mass flow rate. To maintain consistency, testers only used one airflow rate.

Some dehumidifier units have a clunkier design that collects moisture from the air. Some dehumidifiers have noise levels that exceed what many consumers want. Units should remove the level of humidity in a basement or whole home. If they have internal components that make too much noise, consumers will complain.

Each ENERGY STAR dehumidifier must meet preset standards. Standards apply to a small unit, a sizeable 70-pint dehumidifier, or one for a basement crawl space. These standards include having quiet fan noise and effectively reducing the percent humidity in the ambient air. 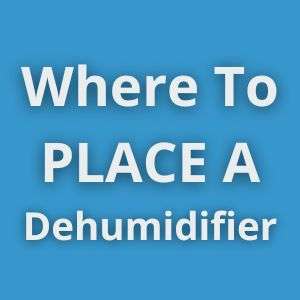 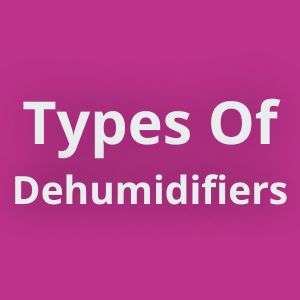 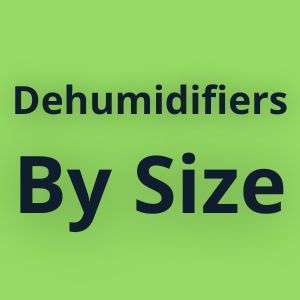 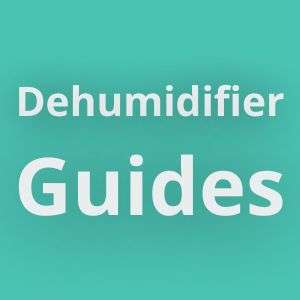 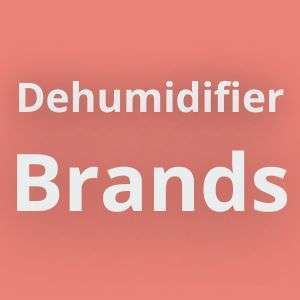 Enter Your Room Size And The Moisture There

We try our best to keep things fair and balanced, in order to help make the best choice for you. Keep in mind that we may receive commissions wen you click our links. However, this does not impact our reviews and comparisons. dehumidifierdepot.com is a participant in the Amazon Services LLC Associates Program, an affiliate advertising program designed to provide a means for sites to earn advertising fees by advertising and linking to Amazon.com.